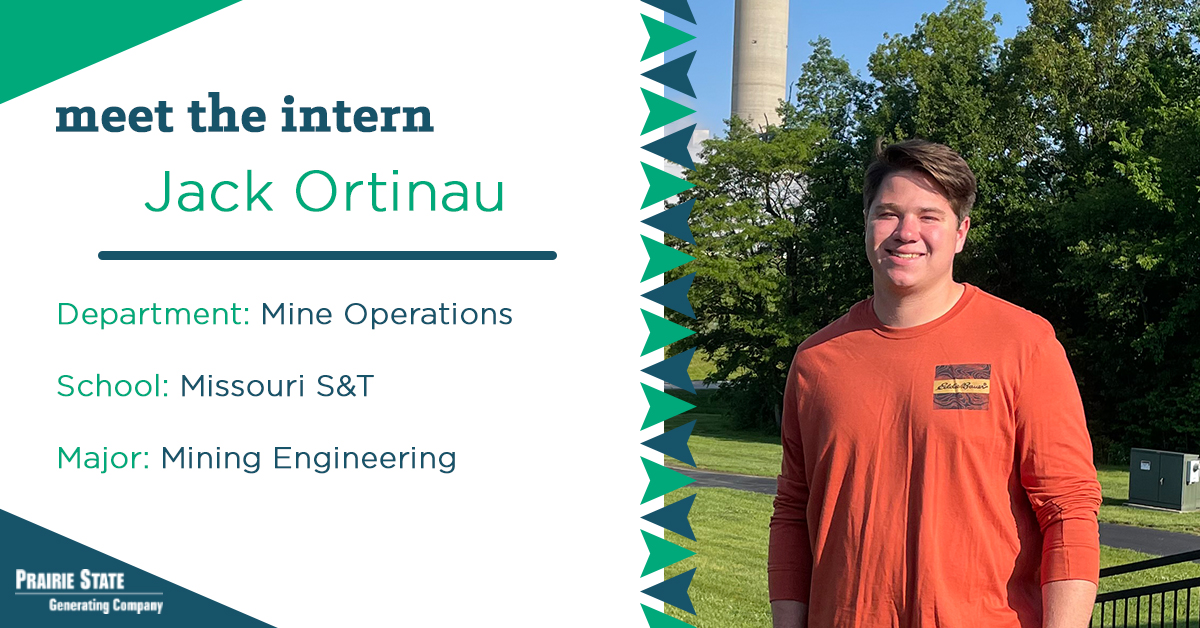 Mine Operations Intern, Jack Ortinau, has been helping the underground surveying crew this summer.

This includes taking backsights and helping set up main sights, which help the section supervisors know where they need to cut. Jack has also been helping at the new intake shaft, and he spent a couple days working with a ventilation crew to build and seal walls. His main project will involve doing time studies, which he will be working on for a couple weeks.

Jack has learned so much about mining through this internship already. “I’ve learned things like what the coal mining cycle really looks like, not just what a textbook says. I have also had the opportunity to sit in on meetings between section supervisors and different engineers. It was really cool to see how the collaborative efforts of everyone involved leads to a final decision being made.”

So far, Jack has really enjoyed exploring the different units in the mine. By going with different teams each day, he gets to see a bit of every aspect of coal mining. “My favorite part of my internship so far has been getting to sit in on meetings between the engineers and listen to them develop solutions to whatever problems they are having.”

This internship has helped Jack confirm his choice of a degree in mining engineering. Before this internship, he thought he would only be interested in working in surface mines, but he has found that he enjoys the underground environment much more than expected.