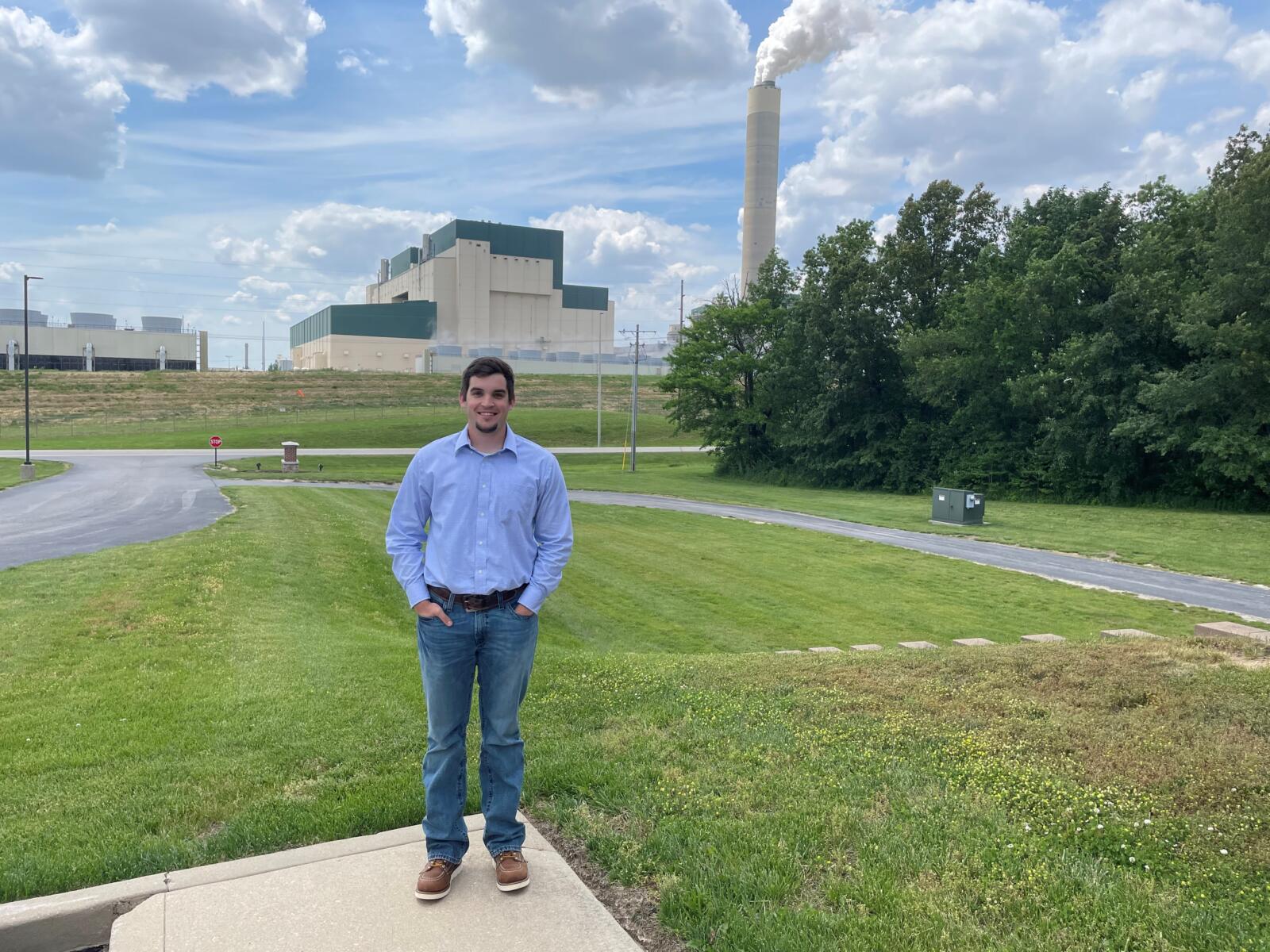 So far this summer, Dan has created a PI graphic for the fly ash rail loadout system which was recently installed; this will allow for live feedback on any valve, blower, compressor, bin, or connected silo. He has also started on a PI graphic for the fly ash handling system, which will provide live feedback on the open and closed limit switches for each valve. This PI diagram will make troubleshooting easier and more efficient, and it should be completed by the end of July.

Dan has also installed adjustable flow meters to prevent corrosion. He will be rerouting airlines to eliminate a potential tripping hazard, a project which will be completed by the end of the summer.

Many of his projects have involved communication with operations crews to correctly update piping and instrumentation diagrams and create equipment identification tags for the new equipment going into service. Dan has also aided in creating an AutoCAD drawing of all plant conveyor belts and installing a new stop valve on the main feed pump turbine during the forced outage.

Dan has greatly enjoyed all the learning experiences in his internship. “There is something new to learn every day and new challenges to face. There are so many systems within the plant, and so many pieces of equipment within each system, that you truly never stop learning. The people I have had the opportunity to work with thus far have been quite personable and very open to questions as well as in-depth explanations.”

Dan has never worked in a power plant before, so he has learned a great deal about the operations of the plant and how to troubleshoot certain pieces of equipment. “I look forward to continuing to learn more about the plant until the end of my internship. A few experiences I will remember are going inside the boiler during the outage, going underground in the coal mine during orientation, and working with the employees here each day.”

This internship has reinforced Dan’s career choice of mechanical engineering. He has greatly enjoyed his projects so far, and he appreciates the fast pace. Additionally, the engineers at Prairie State have the opportunity of doing field work as well as office work, which is the type of work environment he would like after graduation.

Dan will return to Missouri University of Science and Technology this fall for his final semester studying mechanical engineering. He hopes to graduate in December with his bachelor’s degree and join a company that allows him to gain engineering knowledge and continue to develop his skills into management.